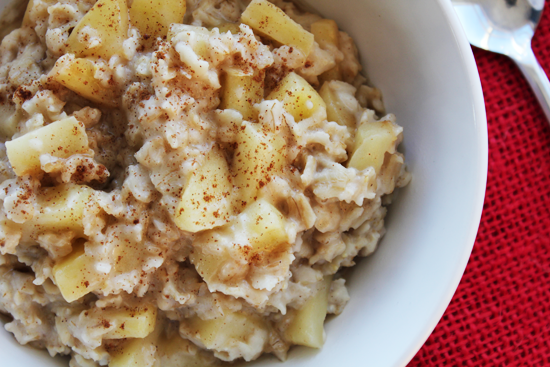 I promise this breakfast isn’t as indulgent as it sounds, but it’s definitely as good as it sounds! I just started making this version of oatmeal this fall and I can’t seem to get enough of it. The flavors are so reminiscent of a warm apple pie, you’ll be shocked that you’re actually eating oatmeal.While I’m prepping the oats I quickly peel and dice a crisp apple, then saute it gently in a bit of butter.  Once cooked, the apples get tossed in brown sugar and cinnamon, until their glossy and sweet. Folded into the creamy oats, this definitely makes a weekend worthy bowl of oatmeal. So on that note, I highly recommend you make this part of your Saturday and Sunday breakfast. Enjoy! 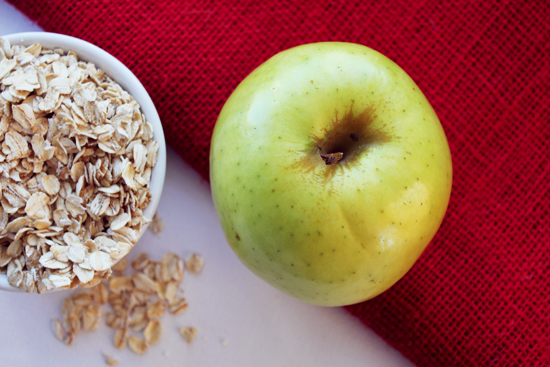 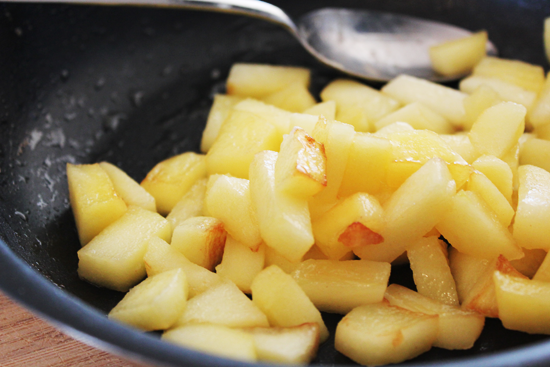 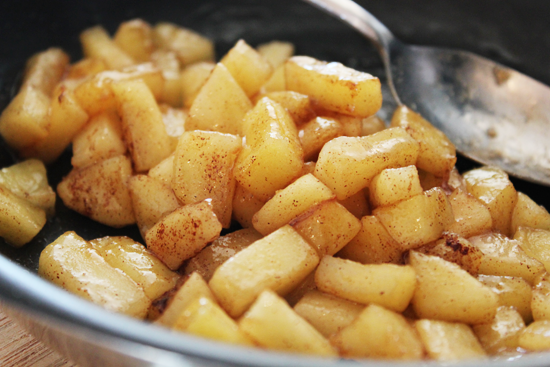 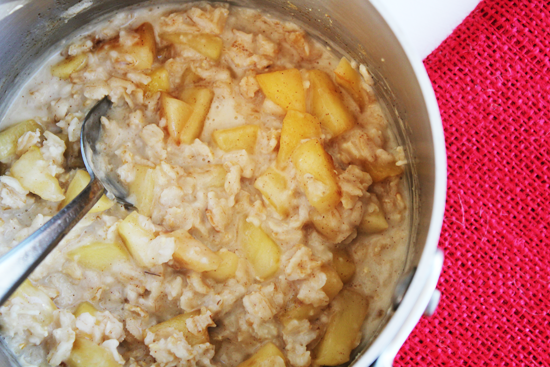 Place the water, milk, and salt in a saucepan. Cover and set to high heat. While waiting to boil, prepare the apples.

Melt the butter in a small saucepan over medium heat.  Let heat until butter is bubbling, then toss in the diced apples.  Cook stirring occasionally until soft but not mushy, 5-7 minutes.  Once cooked, remove apples from the heat. In the same pan, place brown sugar and cinnamon on top of the apples, and toss until the sugar has melted and the apples are well coated.

Once the water and milk mixture is boiling, drop in your oats and cook over medium high heat for 5-7 minutes, until softened.  Once cooked, place the lid on the pot and let the oats rest for 5 minutes, absorbing any excess liquid. After they’ve rested pour the apples into the oats and stir to combine.  Serve immediately with a drizzle of maple syrup and sprinkle of cinnamon on top.